Mistress Sheena was angered by how disturbing this guy was. He thought that the world revolved around him which was not true and the mistress was pissed at his egocentric attitude. She warned him against disturbance but he did not listen and she had no choice but to punish him as cruelly as she could using her choking fetish and her mixed martial arts prowess. He learned his lesson the hard way. 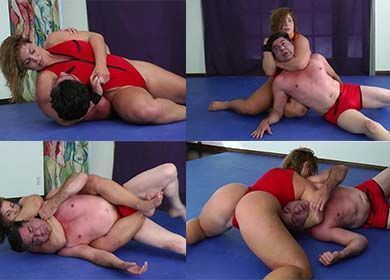