When this mistress realized that this guy was becoming a nuisance because of his perceived strength, she chose to take him on. He had defeated all the men around and he felt proud and he did not listen to anyone. He did not even think of fighting a woman. But this mistress took him on and he laughed when she did. But his laughter died when he could not break free from her chokehold and her sleeperhold. He had to cry, pee on himself and beg for her to let him go. 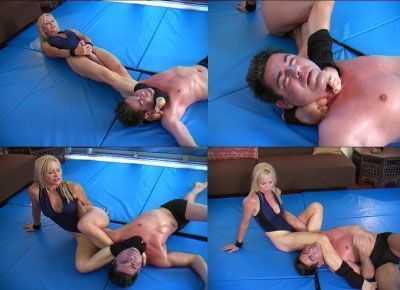