Mistress Kristina chokes guy until he pees himself

Mistress Kristina teased Steve knowing that his ego would not allow for him to be belittled. She told him that he could not withstand her chokehold so he agreed for her to do it to her. She surprised him with a superstrong chokehold that he could not break free from. He had to beg for her to stop choking him as he had even peed himself. He gained a new respect for her after that. 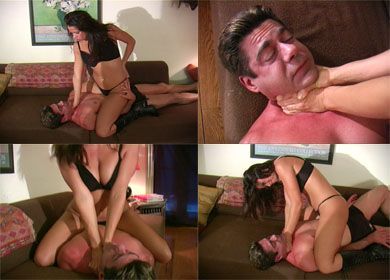